During the World Wide Developers Conference (WWDC 2020), held from June 22 to June 26, 2020 – an event conducted annually by Apple – Apple announced the launch of beta version of iOS 14. iOS 14 will be launched for all the iPhones in September 2020.

While announcing the launch of beta version of iOS 14, a full range of redesigned widgets was also launched. The redesigning of the widget is regularly updated to keep them up to the changed technological environment. For the updates of the widgets, the state of the art technology is applied to provide the competitive facilities to the users of Apple smart devices. 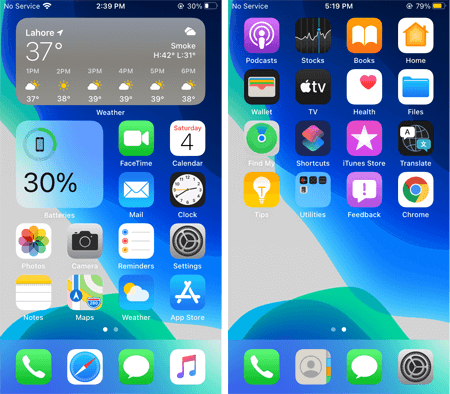 For the further tips to move and redesign widgets, stay tuned!

Facebook Twitter Email Pinterest linkedin
Newer iOS 14 How to Edit Home Screen of iPhone Smartphones in iOS 14? Part One
Older iOS 14 How New iOS 14 Notifies You Which Apps are Spying on Your Clipboard
close